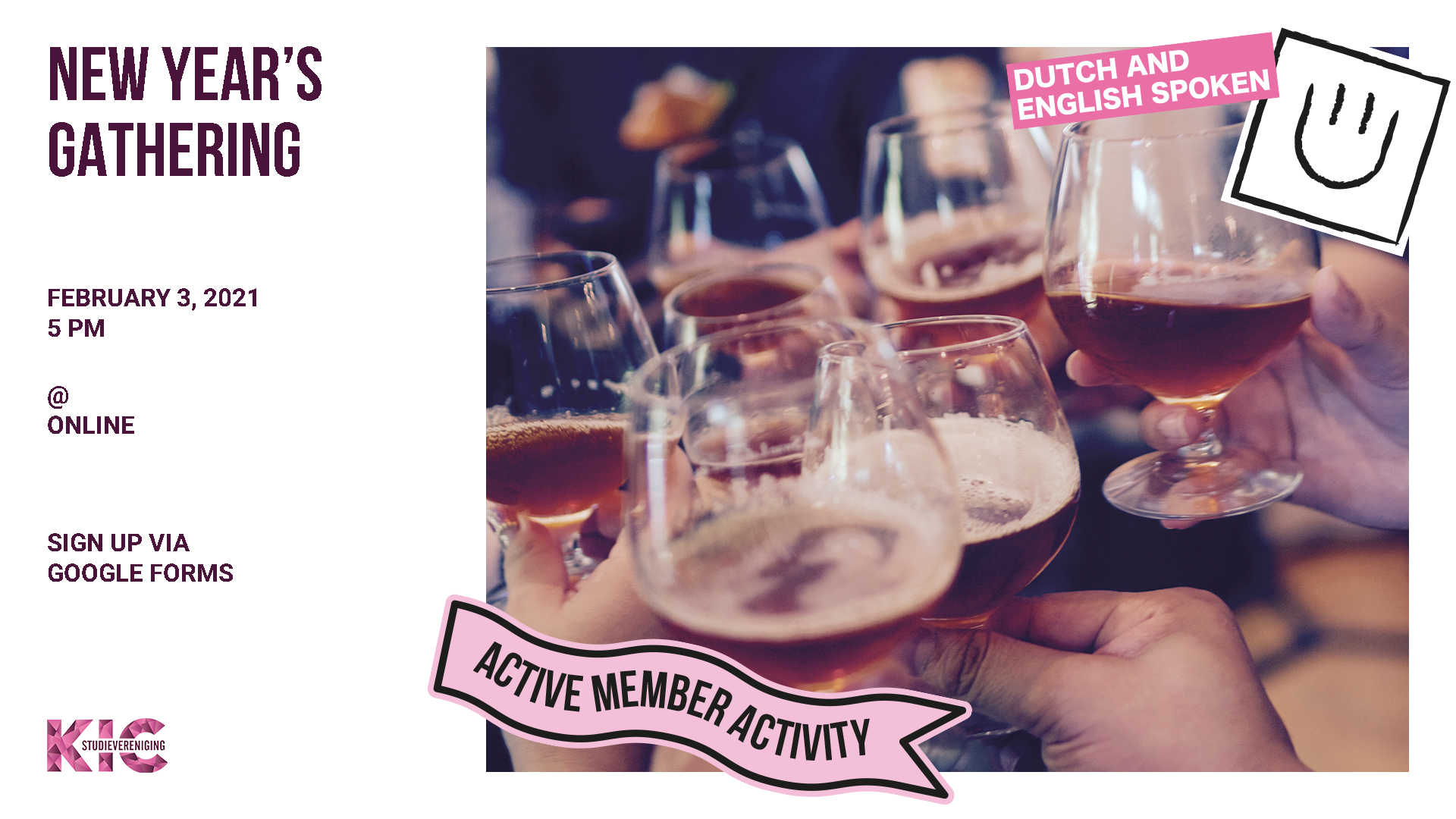 Panic, panic and more panic: we only have thirty seconds!

Wednesday, February 3 was the day, the New Year's Gathering!


Laura & Marit:
The activity started well on time, at five o'clock already. Before that time everyone could pick up his or her goodie bag in the Nieuwstraat. I arrived and was immediately greeted outside by Eva and a big rain shower... With the beautiful pink box in my bicycle basket, I went on my way to my company for the evening. In the goodie bag were delicious recipes and with the first two courses you could choose from two dishes. Of course, the dinner had to end with a delicious dessert and the ‘roze koeken’ could not be missing. The recipe was completely soaked by the heavy rainfall so we decided to make pasta. Not the pasta with eggplant and ricotta, but one with feta and tomatoes. Super tasty! You just throw the tomatoes and feta in the oven with some herbs, cook the pasta, and half an hour later you can enjoy a great taste explosion. I can recommend it to everyone for, as Laura always calls it, Easy Mondays. While the tomatoes and feta were in the oven we had a nice bowl of soup to prepare our dessert. Delicious ‘roze koeken’ in the shape of piglets! It looked beautiful and it tasted even better!

At a quarter to nine I quickly got on my bike to get home in time for the curfew. In the goodie bag were fifty beautiful 30 Seconds cards, and not just any cards, special KIC cards! Although some things made you wonder what it had to do with KIC (Belsimpel?), it was very interesting to describe people without using their names: 'that's the one who was so handsome, from the ...committee!', or was it still 'the one from the promo' *teammate lists all the names of people from the promo committee*, were they all not 'oh, then it was someone else after all!'. In the end, we won the game and were so excited that after our opponents had left, the two of us went through all the cards again.

Manon & Daphne:
At a quarter to nine I turned on the laptop. Daphne and I would play as a team against Boyen and Jordy. I have played the game 30 seconds before and I knew that I would become a fanatic quickly. As soon as the thirty seconds start, I start panicking and stressing about trying to guess as many words as possible. I don't know how many I guessed, but I'm sure we won because of Daphne. After the game was over, other KIC members joined us in the Discord channel. Everyone was able to recover from the stress and started chatting with each other with a nice drink in hand. All in all it was a very pleasant and successful evening. Definitely worth repeating!