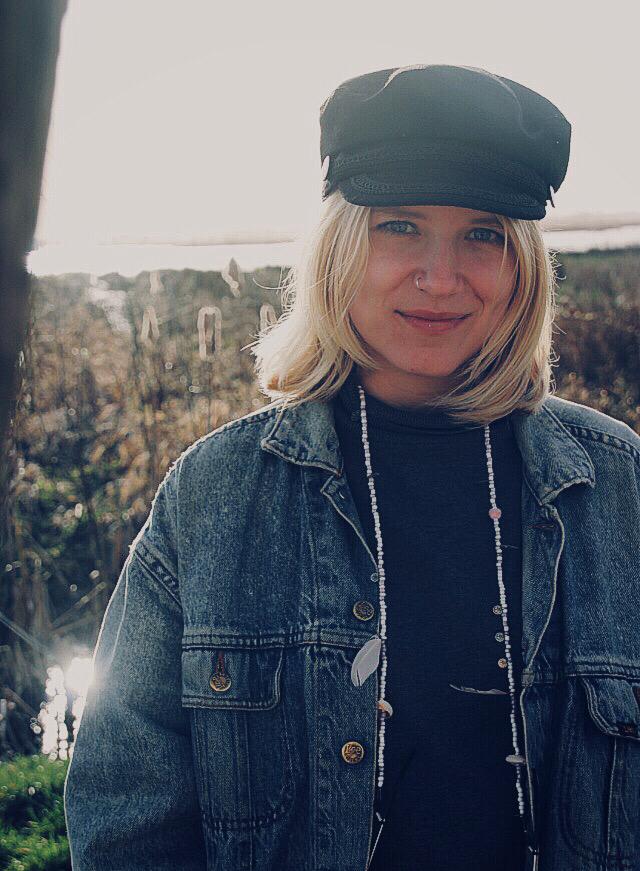 What it’s like to study and live in Groningen? A lot of things but one thing for sure: never boring.

What it’s like to study in Groningen? Sitting down, drinking beer and finding oneself amongst 7 different nationalities.

To cycle through a colourful, diverse and open city that couldn’t be more collegiate.

To meet friends, cook, go out for coffee to an alternative, vegan café or rather for a cold beer in the park or to a political lecture or to a fun comedy night where, by chance, your teacher participates.

Everyone who travelled knows the beauty of meeting people from different places; sharing little, funny stories and deep thoughts with “strangers”. Imagine this but on a daily basis while those strangers become your every day friends. Just the little, funny stories won’t get less funny and the deep thoughts won’t get less interesting and inspiring. Imagine practicing your few words of Spanish with your best friend from Costa Rica while fighting with your Dutch classmate on whether their language or German sounds more stupid when in the meantime your Italian friend invites you to cook and eat proper pasta (“not the 5/10 pasta that you can get at Pasta Fabriek” – no offense ?). 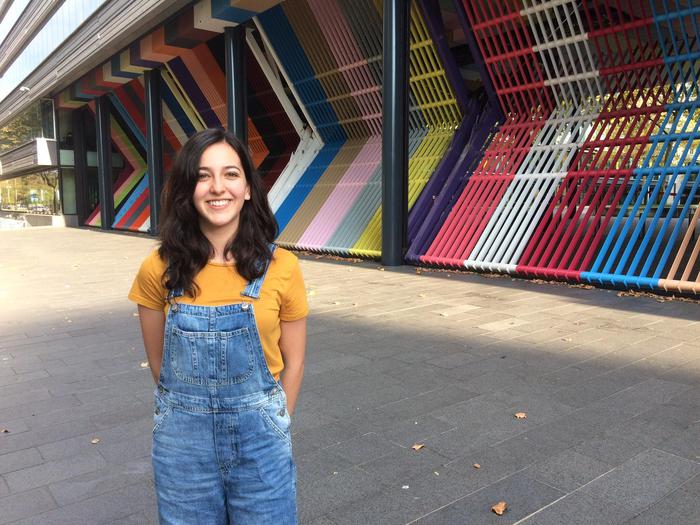 ACCEPTING THAT YOUR HOME NO LONGER FEELS LIKE HOME

Last Christmas break, whenever people asked me what I was going to do for the holidays I responded with “I’m going home!”. By then I had lived in Groningen for about a year and a half, but I still thought of Mexico when I thought of home. So, on mid-December, I climbed on a plane to go back home and, after 16+ hours of traveling, I finally arrived home.

But… things didn’t feel the same. Sure, the house hadn’t moved, the rooms were the same size, and the garden was alive, but everything felt strange. I caught myself wanting to go back to Groningen as soon as possible.

“Nope nope nope nope nope”, I thought to myself (that’s an exact quote). Of course things felt a little off! I had just spent 16 hours traveling, so exhaustion was to blame for this weird feeling. I would wake up the next morning, make myself a quesadilla with real corn tortillas and salsa (which I had craved for months), and feel silly.

However, the next morning came and went, and then five more mornings after that, and I still felt like an outsider in my own house.

I felt like I was being an ungrateful person, and that guilt turned into anger and sadness. I hated feeling like a visitor in my own house, and the worst thing was that I couldn’t quite pinpoint why I felt this way. I got it in my head that the holidays would be over and I’d still be asking why.

The idea of feeling homeless (in a more psychological way) set camp in my mind.

I got mad at myself for not being ecstatic. After all, hadn’t I gloated to everyone around me that I was going back home? Hadn’t I complained about Dutch weather for months, saying that once I went back home, I would enjoy the sun without a single worry on my mind? Hadn’t I called my mom and my friends telling them how much I missed them? Why on earth would I crave going back to Groningen when I would only be in Mexico for a couple of weeks?

And then, like in any great cartoon, a lightbulb turned on in my brain. I realized that for me home was no longer a place and that I shouldn’t expect it to be. I noticed that when I thought of home, the first thing that popped up in my mind wasn’t a thing at all, but a bunch of people. When I thought of home I thought of my mom telling me about her day, about my dad working on the garden, about my sister’s non-stop chatter, about my brother always drawing something, about my housemates and I cooking together, and about my friends from Mexico and the Netherlands and how we laugh together every time we see each other. I thought about all these people and how much I cared about them.

Home was no longer a house, but a bunch of people that could make any place feel wonderful.

And I was okay with it.

If you ever watch a horror movie, you know that the blonde girl asking “hello?” in a dark forest is about to be surprised by the killer. She never sees it happen, but the rest of us – the audience that can’t seem to look away – see it coming from a mile away. We tend to want to slap some sense into the girl’s brain so she can run towards salvation.

In this case, I’m the (not-so-blonde) girl walking in a forest of procrastination about to be surprised by yet another deadline. The logical side of my brain is yelling at me to start running from the moment I write a deadline on my agenda, but I can’t seem to ever hear it on time. Procrastination seems to be the one failure I have made throughout my studies and that I continue to make.

Now, while googling things like “why am I like this?” I learnt that procrastinators tend to be people who are impulsive, frequently fall into temptation, and are eager to feel the dopamine kick of doing the things you’re not supposed to be doing even though they’re aware that in the future that would bring feelings of unease. So, in my case, this is check, check, and check.

My procrastination not only induces guilt and anxiety, but through it I sometimes create mediocre work that I know could have been a lot better if I only had gotten to work earlier. Time and time again, I look back at my work and wish I had more time to improve it; I want to not only deliver the work I have to, but I also want to be proud of what I create.

I’ve come to realize that “just one more” episode of a TV series is not worth the amount of stress I constantly find myself under. I want to go from being the murdered girl in a movie to becoming the strong female lead that makes it in the end.

At the same time, I also realize that a strong female lead is never alone. There is immense value on the people we choose to surround ourselves with, and I want to be surrounded by those who push me to become a better version of myself.

The plan to surviving this horror movie is simple in theory: setting realistic expectations, planning ahead, and forgiving myself for messing up every once in a while, but also not making excuses. There is a time and place for everything, and although in a very Mexican fashion I refuse to “live to work”, I am also aware that I need to prioritize the job I’m here to do.

The actual implementation is not nearly as straightforward, but if it was simple it wouldn’t make for a very good movie plot. 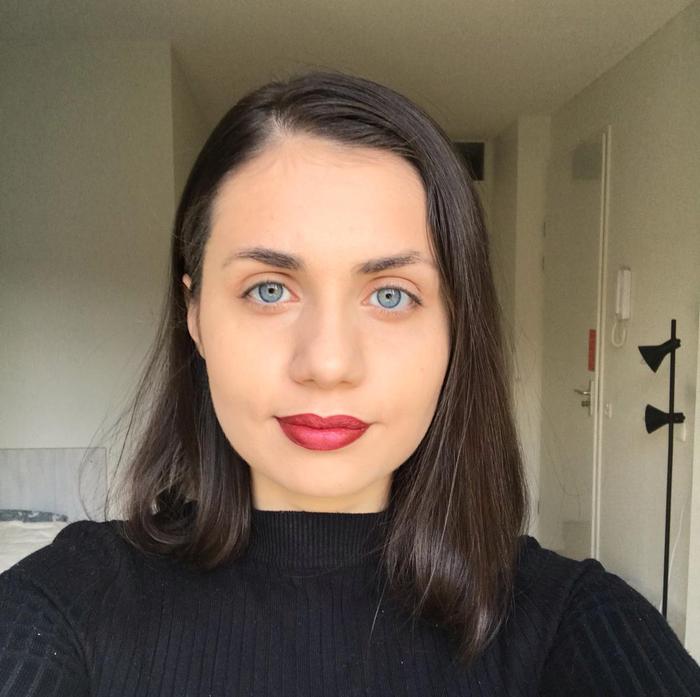 I remember, when I was on a plane on my way from Moscow to Amsterdam, I asked myself, what I expected from the city, from the school, from the program that I had chosen to study. And at that particular moment I realized that the answer was: I don’t know. I expected a lot of things and had no idea what to expect at the same time. I only had this strong feeling of anticipation burning down my whole body.

I arrived in Groningen a couple of days before the Welcome day. So, I had time to walk around and get to know the city a little bit. I must admit, it took me only two hours to fall in love with Groningen! Everyone knows that it is a student city, and this is exactly what makes Groningen so unique and different from the majority of other places. This city is alive, it has a heart. Groningen is so vibrant, so radiant. The energy of the adventurous, wild youth is feeling you up, whenever you walk in the city, you soak it in, and give your positive energy back. It is a city of the blossoming beauty, the city of knowledge, city of restlessness and, of course, the city of diversity.

But what about International Communication? In my opinion, this is one of the best programmes for those, who know that they want to work in the field of Communications, but still do not know what exactly they would love to do. International Communication programme offers such a wide range of professional perspectives: you can become whoever you want, starting from a journalist, PR manager and ending up with TV-host or impresario. Each block you get a magnificent opportunity to obtain and practice new skills and to try yourself in different areas on Communication. But to me, one of the most attractive elements in the program is that it is super international. In the last couple of month, I got an opportunity to meet people from all over the globe — I have classmates from Vietnam, Aruba, Georgia, Ukraine, Germany, Scotland and, of course, the Netherlands. Moreover, there is a guy in my class, who literally came from all over the world!  It is truly fascinating to get to know other cultures better, to find out some unexpected facts about different countries. And it becomes even more engaging when work in projects group starts. This valuable experience teaches how to interact with people with a different cultural background to work more efficient, prepares for the work in a collective and simply gives a priceless opportunity to make great friends.

And before I finish, I would also like to mention that the IC faculty has fantastic teachers. These are the people who are always there for the students, people who strive to help and explain everything we want to know. So, no one ever hesitates to approach them and ask something. Frankly speaking, this openness is something teachers really lacked in the place where I am from.

To wrap it up, coming here was the best decision I have ever made. The city is mesmerizing, people who surround me are amazing and very friendly, and the International Communication programme is definitely worth trying.